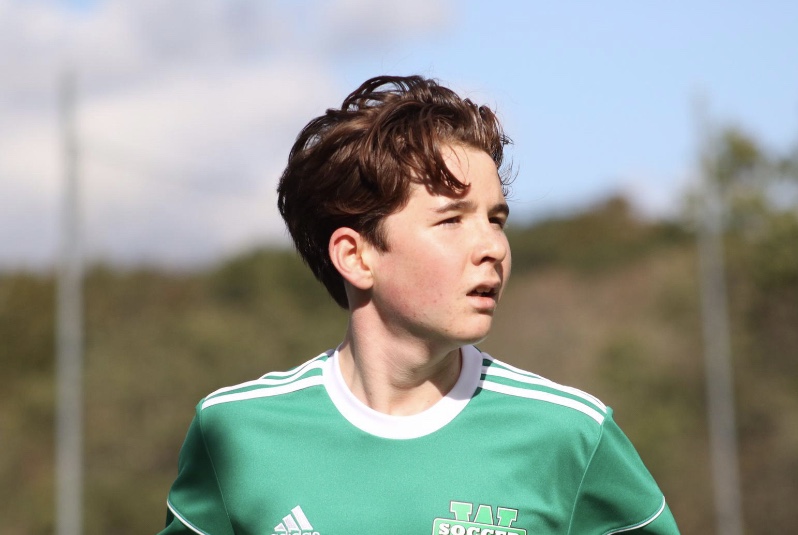 Ronan Liu is not your typical 13-year old middle-schooler. This extroverted young man plays soccer, runs track, plays the guitar, and performs in various theater productions throughout his hometown of Wallingford, CT. When he’s not outside being active or participating in extracurricular activities, you can find him playing ping pong with his older brother Kieran, spending time with his younger sister McKenna, or watching his favorite TV show – The Office. He had been living life to its fullest, until the summer of 2019, when he started to have recurrent sinus infections and headaches that just wouldn’t go away.

Ronan tried antibiotic after antibiotic. He tried nasal rinses, and steroid sprays. Nothing helped. After multiple appointments with his pediatrician, he was referred to Connecticut Pediatric Otolaryngology, where he met Dr. Rawal.

“I loved him,” Ronan states. “I immediately felt so comfortable with him. You just know he knows what he’s doing. He’s professional. He personally connects with you, he is engaged in conversation with you. Overall he is just such a polite man. A great doctor. With other doctors I was still treated like I was thirteen.”

Mom says, “He was generally interested in what Ronan had to say. He took him seriously. Dr. Rawal picked up right away how to communicate and interact with Ronan and treat him on his maturity level. He had a great sense of intuition.”

“Ronan is a very bright, and personable young man, who is very much in tune with his body – he’ll tell you when things are wrong,” says Dr. Rawal. “Ronan has a condition called chronic rhinosinusitis. So I wasn’t surprised when his CT scan showed that his sinuses were completely blocked up, and full of secretions that were not being cleared, no matter what type of medication we tried – multiple antibiotics, nasal irrigations, steroid rinses, you name it. Surgery is always a last resort for me, but it was exactly what Ronan needed. We performed a bilateral functional endoscopic sinus surgery (FESS) for Ronan, where we opened up his sinuses, one by one, to make it easier for his sinuses to drain. He has since done phenomenally.”

Mom says, “Dr. Rawal went through all of the steps of the surgery with us in the office, and he wrote them down for me. He explained the surgery in a way that was relatable to Ronan.”

No one in Ronan’s family had ever had surgery before, let alone Ronan himself. Ronan was pretty nervous on the day of surgery. However, everything went exceptionally smoothly.

Mom chimes in, “The hospitality, and the way that we were treated from parking, to the nurses, to afterwards, were superb.”
Ronan says, “Recovery was so much easier than I thought it was going to be. I didn’t feel like I had an operation done. There was very little pain. I was surprised by how well I felt.”

Now, three months later, Ronan says that, “I feel happier overall. I feel like I am who I am again. I haven’t been sick since surgery, and I feel great.” He starred in his school’s production of Guys and Dolls – which went even better than expected. Even Ronan’s director stated that his singing sounds clearer and more concise.

“Stick with Dr. Rawal,” Ronan continues. “It’s going to get so much better. I know that Dr. Rawal has what it takes to help you out. It may sound dramatic, but I owe my life to him.”

Both Ronan and his mother, Jeanne Liu, are very happy to speak to any patient or parent to share their experience with anyone considering surgery with Dr. Rawal.